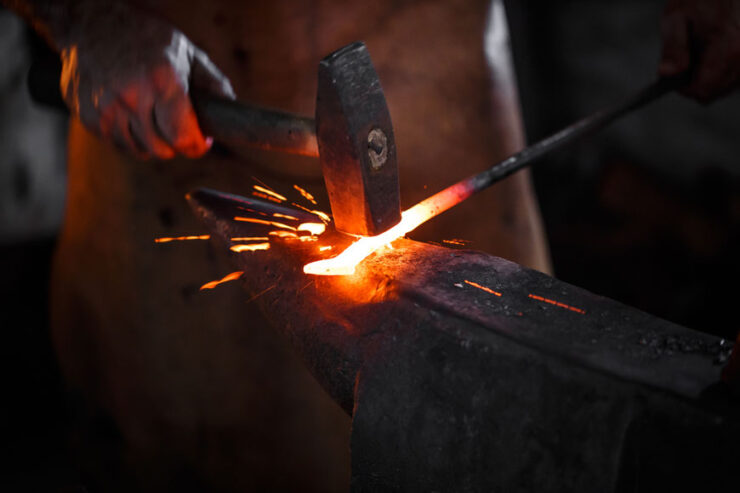 It is a process of giving desired shape of a metal piece by the application of the external force. It is the basic operation in most bolts and screws to give their desired shape.

It is the process of forming the shape of the metal in hot condition into a predetermined shape. A metal is heated to the proper temperature by high-speed electric induction before it is inserted into a metal piece. Bolts are hot forged when the material is too large in diameter or it is not malleable enough.

Different Steps involved in forging a Bolts /Screws are as follows.

It is the basic operation in most bolt and screw plants to give their heads. It is in the form of metal wire into various shapes in a cold, or unheated, state. A cold header is a horizontal type of punch press in which the metal is first cut off, then formed by one or more blows from the punches which force the bolts into its eventual properly shaped head. This is one of the fastest and most economical process used in making, but requires large production runs to justify high cost set-ups.

Cold impact extrusion is the deformation of metal in closed or semi-closed tools. This deformation is all done by compression that is at stress levels above the yield compression, but below the ultimate strength compression.

It is the execution of several steps creating a fastener in one machine. nuts and bolts go through different progressive forming processes. Nuts are made in a machine called a nut former. The nut former automatically forms plain metal blanks by forming them into hexagonal blanks as round wire is fed into the machine. Bolts are formed by bolt-maker in which blanks are cut off from round wire stock and are automatically headed and additional stations that trim, point, and roll or cut threads.